The Surrey Slam Midweek this year is divided up into 4 separate, regionalised competitions, which will crown their own winner who will then go on to a finals day to see who will be crowned the County Champion.

​The map below shows the split of the 4 regions. 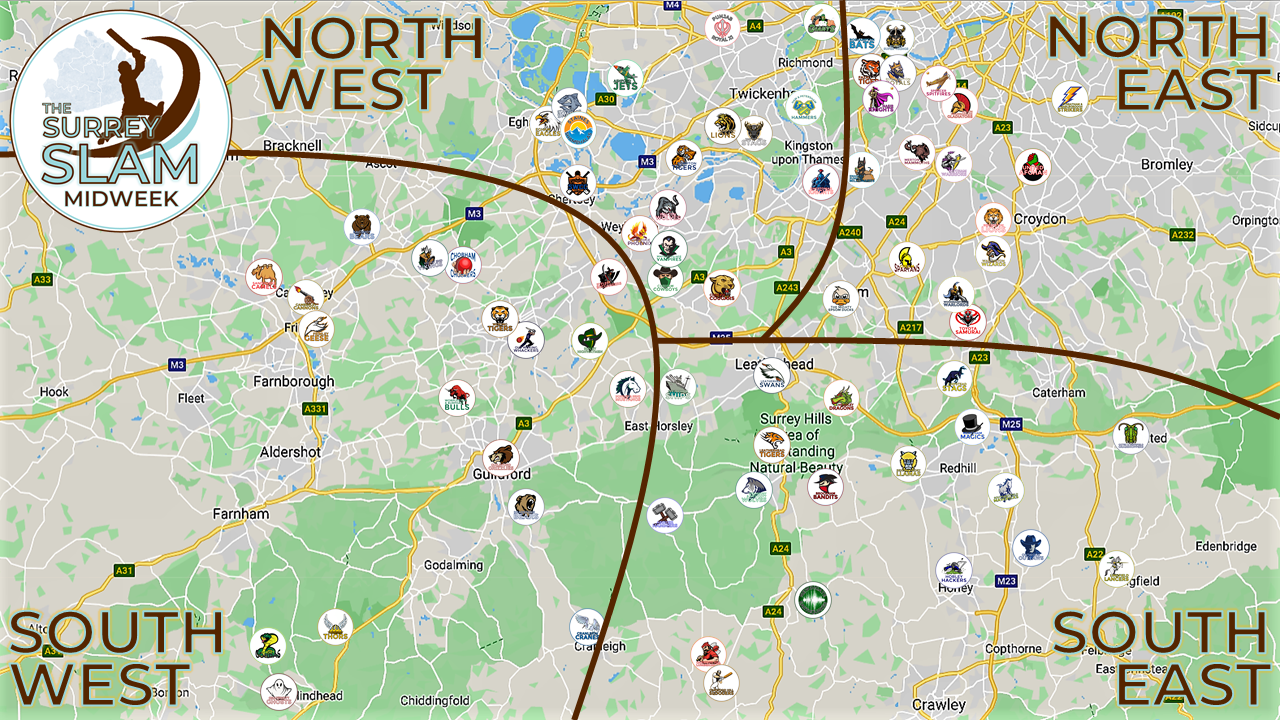